Looking for a value-priced air purifier that doesn’t skimp on features or performance? The Levoit Core 300 is a great option, especially if you want an air purifier that can cover ~ 200 sq ft space. It’s also the #1 best-seller in Amazon’s HEPA Filter Air Purifiers category, with more than 56,000 positive reviews.

In this post, I’ll share my in-depth review of the Levoit Core 300 air purifier, based on my own experience over the past two months. 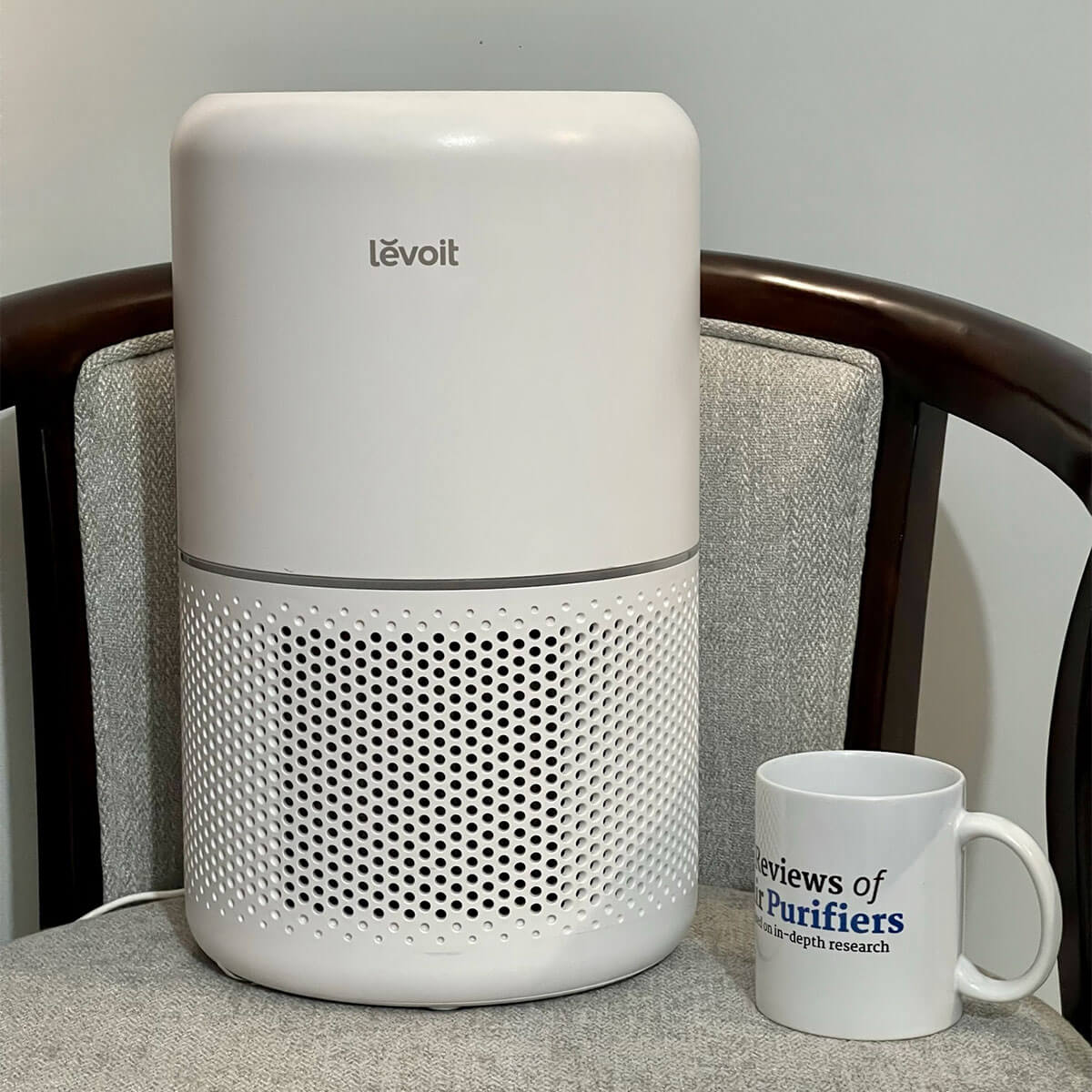 *** Not enough? Get an additional 10% OFF on VeSync Store using the coupon code: AP05

The Levoit Core 300 air purifier is a sleek cylinder that stands about 14 inches tall and has a diameter of 9 inches. The bottom half of the unit has a mesh grille that takes in air, while the top delivers purified air through a vortex-shaped outlet.

The delicate touch control panel is located on the top of the unit and is very responsive. It features all the necessary settings such as three different fan speeds, a sleep mode, timers, and display off.

You can also lock the display to prevent accidental changes to the settings.

Levoit Core 300 comes in two colors: white and black. I have the white one, and it looks great in my home office.

The unit weighs 7.5 pounds and comes with a robust 6-foot power cord. 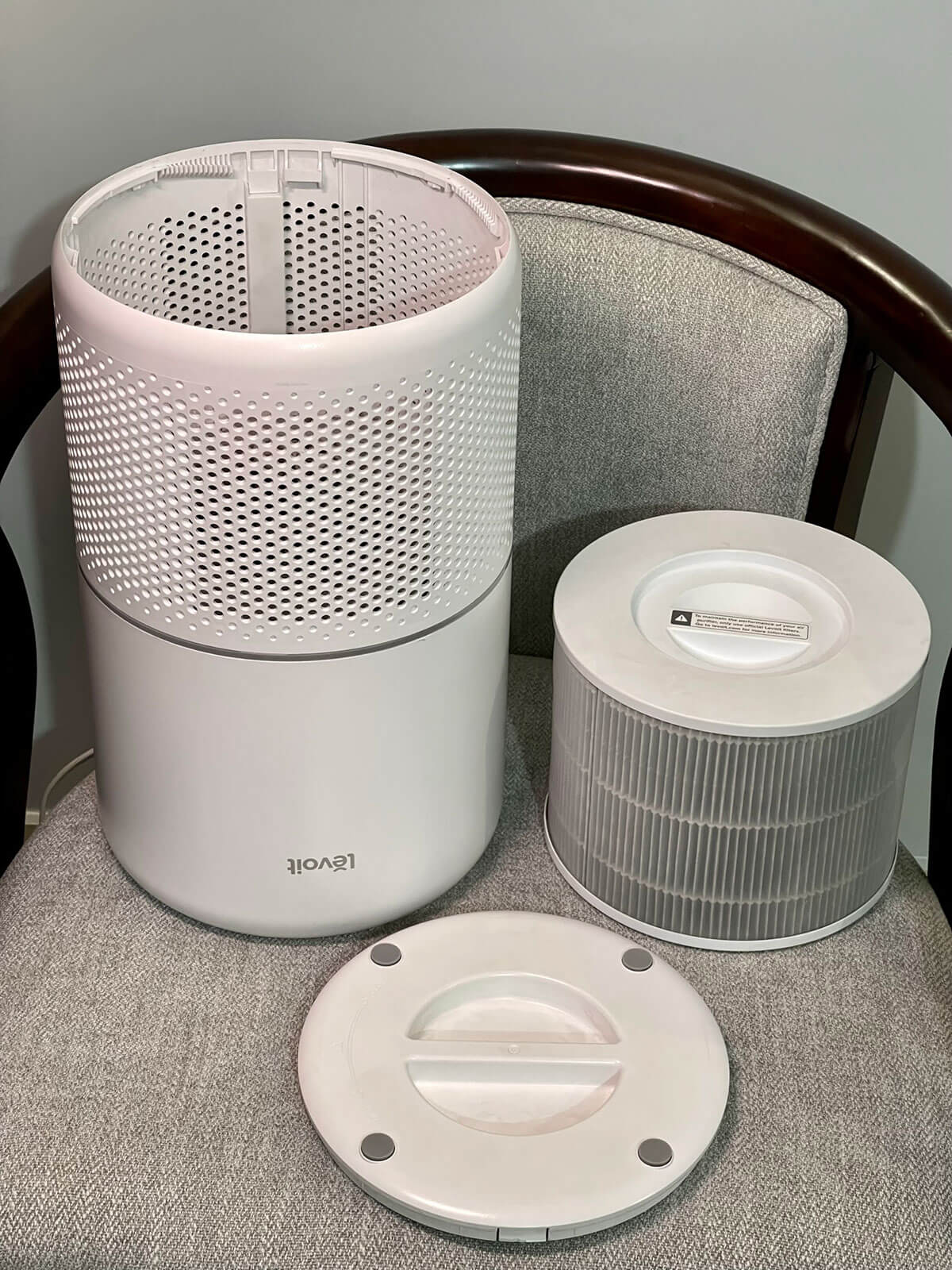 As I mentioned, the Levoit Core 300 is a value-priced air purifier, but that doesn’t mean it skimps on features or quality.

The unit uses a 3-in-1 composite filter that captures 99.97% of particles as small as 0.3 microns. The filter comprises a pre-filter, H13 HEPA filter, and activated carbon filter.

I have tested the filter efficiency with an AQI meter at the air outlet, and the results are awe-inspiring. As you see from the images, it virtually traps all airborne particles from the air.

I’ve been using the Levoit Core 300 for about two months, and it works as advertised.

The unit is very effective at removing PM particles from the air. When running at the highest setting, the PM2.5 readings on my AQI monitor drop by about 50% within 10 minutes in my ~ 200 sq ft room.

Here is the result: 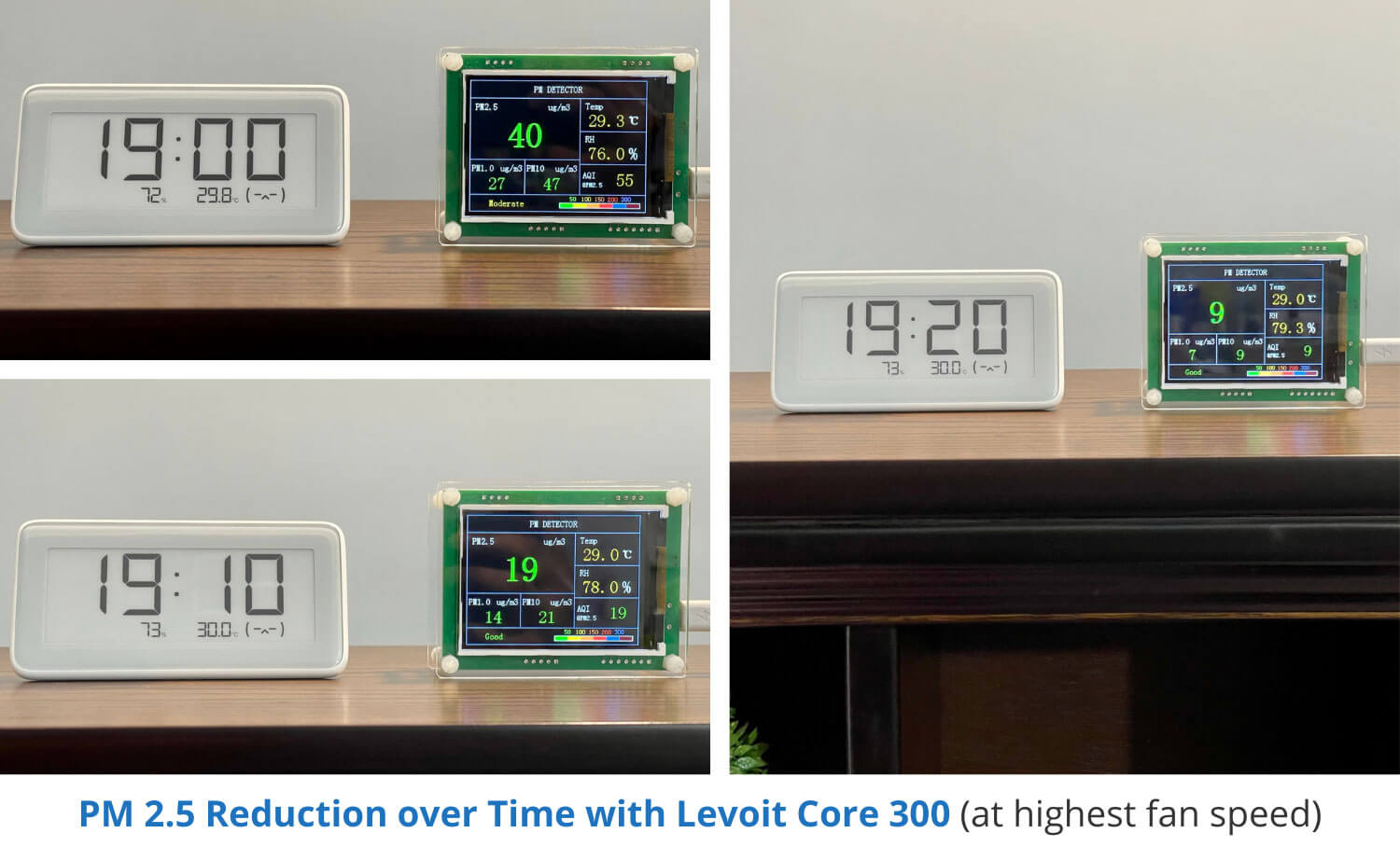 As you can see from the images, the Levoit Core 300 air purifier effectively reduces PM2.5 levels in the air.

When using the Levoit Core 300 consistently, I feel that the air in my home office is lighter to breathe.

Since the model doesn’t have an air quality sensor, I set it to run on the lowest fan speed after running it on the highest setting for 10-15 minutes to remove the majority of PM particles from the air.

The lowest setting is tranquil, and I can barely hear it. It also has a sleep mode, which is even quieter.

If you need smart features, you can consider the Levoit Core 300S air purifier, which is the same model with the addition of a Wi-Fi connection and an embedded air quality sensor.

The Levoit Core 300 is straightforward to maintain. The filter has a life span of 6-8 months and is very easy to replace. Just twist off the bottom cover and pop the old filter out.

Regularly cleaning the pre-filter will also help prolong the life of the HEPA filter. You can also sunbathe the filter to reduce any musty smell coming out from the filter.

Here is the condition of my purifier’s filter after 2 months of usage: 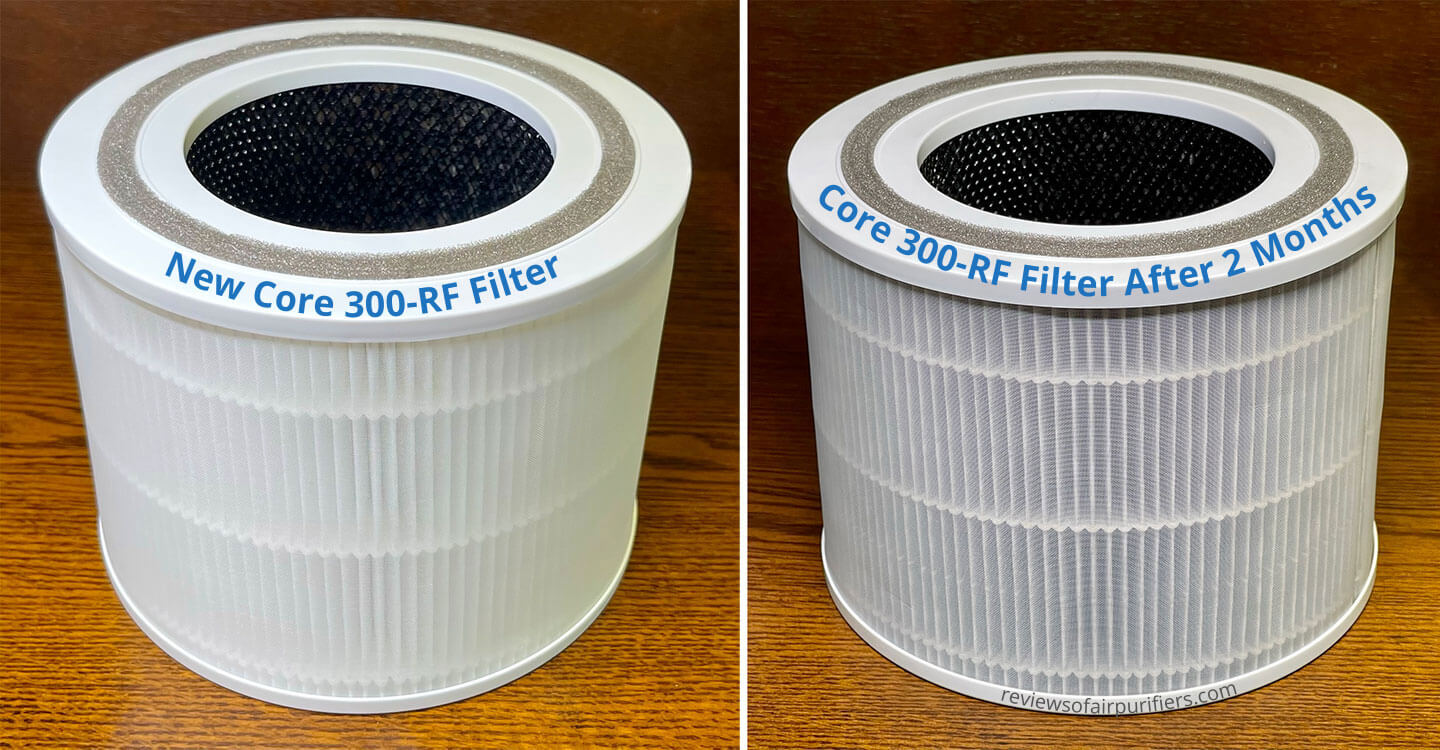 As you can see from the image, the filter is still in good condition. I’ve only vacuumed the outer side of the filter twice to remove the visible dust.

*For best practice, consider the size of your room a little less than what you calculated.

When you have a space that is more than 8 feet tall, use our ACH Calculator to precisely calculate the number of air changes per hour for your room.

Filter Replacement Cost: ~ $29 to $39, 6-8 months usage (check availability & filter price on Amazon: Original, Smoke, Toxin, and Pet. Check filter price on Levoit, VeSync Store).
Monthly Energy Consumption: ~ $1.9 (based on 12 cents per kWh and 12 hours of daily use at the highest fan speed). Use our Energy Usage Calculator to find out the bill based on your usage and the local energy rate.

The Levoit Core 300 is a great value-priced air purifier that does an excellent job of filtering out PM2.5 particles from the air. It’s also very efficient at filtering out other tiny airborne particles such as smoke, bacteria, and viruses.

The unit is very easy to maintain, and the filter has a life span of 6-8 months.

If you’re looking for an affordable air purifier that doesn’t skimp on features or quality, the Levoit Core 300 is a great option for medium-sized rooms.

*** Not enough? Get an additional 10% OFF on VeSync Store using the coupon code: AP05