You are here: Home / Air Purifier Guide / A Brief History of Air Purifiers with Infographic

Do you have an air purifier in your office or home? Does it stir your curiosity on how it works? It is easy to confuse an air purifier as one of the recent scientific breakthroughs. The modern features and capabilities can deceive you. Thus, you can hurriedly conclude that it is one of the successes of the past century.

If you wish to understand the history of air purifiers, you can go through this article. It provides full details of air purifiers. How they started, the revolution and recent innovations. This read gives you a picture of air purifiers from the early to modern days.

As history stipulates, air purifiers date back to the 18th century. At the time, the economies were booming with industrialization being at the peak. Manufacturing was the drive behind thousands of jobs and prosperous economies.

During this century, coal was the primary source of power. It provided heat and power to trains and other machines. However, using coal came at a cost. Air pollution was rampant. The by-products of burning coal were smog and an odor. Hence, people were suffering from conditions relating to air pollution.

There was a need for fast action. Scientists had to come up with ways to purify the air for safety. This invention paved the way for modern air purifiers. Here are various historical achievements showcasing the significant steps of creating air purifiers.

The first breakthrough was in 1823. Two inventor brothers going by the names John Deane and Charles Deane came up with an air-purifying system. The motive behind their inventions was to assist firefighters at the time. Smoke and other toxins from a burning structure were a stumbling block to putting out a fire. They patented the technology as ‘Smoke Helmet‘ to use it in the smoky area by firefighters. 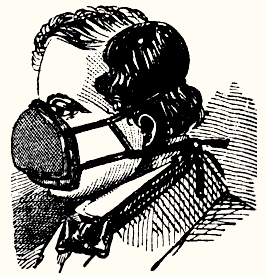 Years after the invention, John Stenhouse advanced the technology. In 1854, he improved the air purification system by adding a charcoal-based filter technique to work against chemicals and gases. He invented the first charcoal filter respirator for personal use.

One of the successes of the 19th century was in 1940. During this year, scientists came up with HEPA (High-Efficiency Particulate Air Filter). This technology was meant to protect soldiers and scientist from breathing in radioactive particles in the lab.

The HEPA filter was a success in eliminating the tiny particles on the Manhattan Project. It also helped in filtering microscopic air pollutants such as pollens, molds, pet dander, smoke particles, and other small air pollutants.

In 1963, Manfred and Klaus Hammes created the first air purifying system for a home. It was a success for many households in Germany. In the same year, the united state enacted the Clean Air Act. The rule paved the way for innovation on air purification techniques to have clean air across the states.

HEPA was not a complete product for home use. It had a long way to go. It was considered cumbersome and costly. It was not user-friendly as it did not promote comfort. Over the years, HEPA was improved to fit home use. The new version was light and convenient for soldiers, hospital staff, and lab workers.

In the 1980s a standard called Clean Air Delivery Rate (CADR) was developed by the Association of Home Appliance Manufacturers (AHAM) to measure the performance of air purifiers.

HEPA improved to the extent of having non-mask air purifiers. It was convenient for residents as they could use air purifiers at home. Multinational companies like Incen AG, Allerair, Austin Air Systems, and Blueair entered the scene. Production and distribution were smooth after interventions from established firms. Thus, consumers could access air purification products from the stores.

The most recent efforts in developing air purifiers involve products that solve issues of multiple chemical sensitivities. New air purifiers apply several air filtering concepts at a go. These technologies are efficient in trapping pollutants, allergens, and gases. Consequently, stakeholders such as the medical community are promoting air purifiers as a means to beat allergies and asthma.

New air purifiers also using particle sensor to run automatically based on the ambient air quality. Some has implemented wireless technology so that the user can check the status and control them from their mobile phones.

Among with other air filtration technologies, HEPA air purifiers are most effective and popular.

Some Interesting Facts about Air Purifiers