You might be happy that you don’t smoke, but a new study shows that exposure to long-term air pollution is as worst as smoking cigarettes. The air we breathe has a significant impact on our health, especially the respiratory and cardiovascular system. The new research concluded that some lung-related disease develops to non-smokers who exposed to polluted air for a long time. 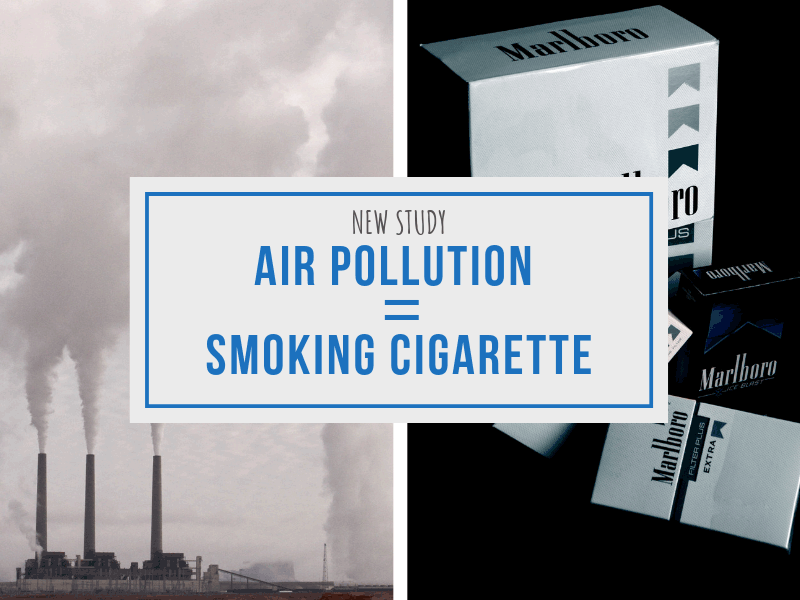 What’s in the Research:

Researchers have been observed in particular lung disease in participants over the US cities for an average of 10 years. The research published in The Journal of the American Medical Association (JAMA), you can read it from here.

Lung diseases like Emphysema were previously known to exclusively for smokers. Emphysema is damage to the air sacs in the lungs. It causes breathing difficulties, and our body doesn’t get enough oxygen. The primary cause of Emphysema is smoking. In the study, researchers followed the amount of lung affected by Emphysema with the help of a CT scan over the research period. The percentage of changes in lungs by Emphysema measured five times on each participant.

Participants were between the ages of 45 to 84, and it started in 2000 and followed up to 2018. The research goes into six cites in the US: Chicago, Winston-Salem, Los Angeles, Baltimore, Saint Paul, and New York with the help of MESA, a community-based cohort study. Over 7000 participants were followed up in the survey for a median of 10 years.

Researchers observed exposure to 4 pollutants, which are Ozone, Fine Particulate Matter, Oxides of Nitrogen, and black carbon from EPA data on the participants’ home location.

Change of Air Pollutants over Time:

From 2000 to 2018, on the period of research, the data shows that Particulate Matters, Oxides of Nitrogen, and black carbon decreased. However, the ground level Ozone increases significantly over time.

Emphysema increased by 0.58% per 10 years from an initial measure of 3%. Researchers found a meaningful connection between the changes in the ambient concentration of air pollutants and the progression of Emphysema in the lungs over the period.

What does that mean:

The increased percentage of Emphysema over ten years is associated with the Ozone exposure three parts per billion (ppb) higher from the first measure.

The amount of Emphysema progression found in the study is equal to 29 pack-year of smoking. In other words, if your ambient Ozone level increases three ppb over ten years, that is equivalent to smoking a pack of cigarettes daily for 29 years. It sounds terrible than smoking!

Ozone is the Culprit:

It seems the ozone is very hazardous for our lungs. Though Ozone classifieds into two types: good Ozone and harmful Ozone. Ground-level ozone is harmful.

What is ground-level ozone?

The ozone layer on the upper atmosphere saves our planet from deadly radiation from outer space. However, when it occurs in our ambient air, also known as ground-level ozone, it is very harmful to our health. Usually, it doesn’t happen directly into the air rather than it formed by chemically reacting with the air pollutants Nitrogen Oxides and volatile organic compounds in the presence of sunlight. (source)

How to be Safe:

The Particulate Matter and other air pollutants decrease over time, thanks to EPA policy. However, ambient Ozone concentration increases significantly in recent years. Avoid Ozone exposure by limit staying outdoors on high Ozone days. Check your cities AQI every day. Also, you can see the AQI of your nearest location from the Live AQI on the right-sidebar column of our website. Use Ozone-safe devices indoors. You can measure your indoor air quality with a monitor. Here is a list of the best air quality monitor you can bring to your home. Check if it can detect ozone before buy.